I uploaded a new version of WagerMate today.  The most noticeable enhancements are:

Here’s an example where the Race Conditions are complex, and are now shown in their full glory… 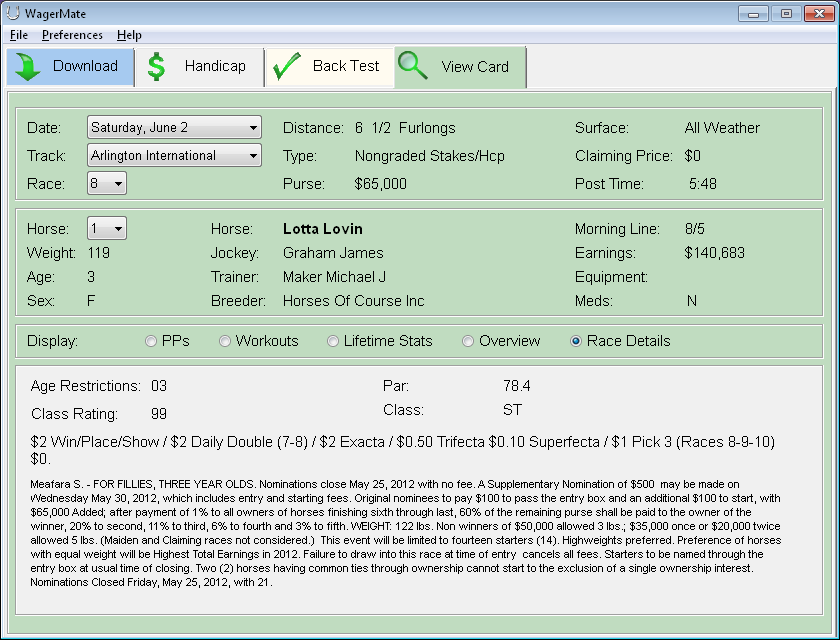 As for the ROI change: the menu looks like this…

The default format is now the “5%” format, so we’ve joined the mainstream.  I’ll try to use that format from now on in this blog.  I’m not going to go back and modify old entries though — I think that would violate the blogger’s code of ethics.

Here’s what my back testing (on about 4 year’s worth of data) looks like in the new format: 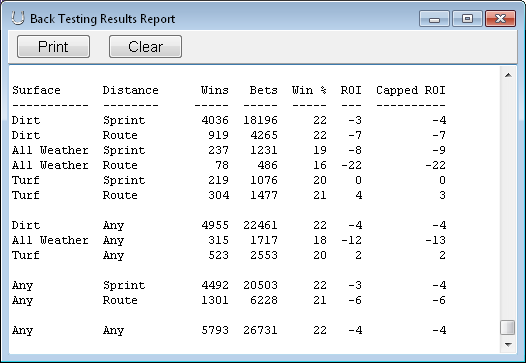