Version 3.5 of WagerMate has been released.  It has one major new feature: it uses a new track-to-track variant.

That one improvement gets us more than a 1% point increase in both the Win Rate and the ROI.  Here are the back testing results on my 2009-2013 data, with the default filter: 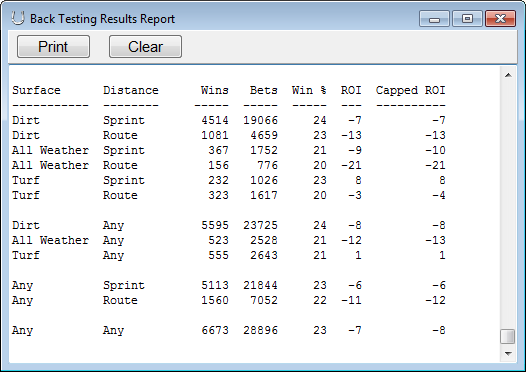 This indicates that if you blindly followed WagerMate’s picks you’d lose 7%.  If you only followed the picks for turf races, you’d win 1%.